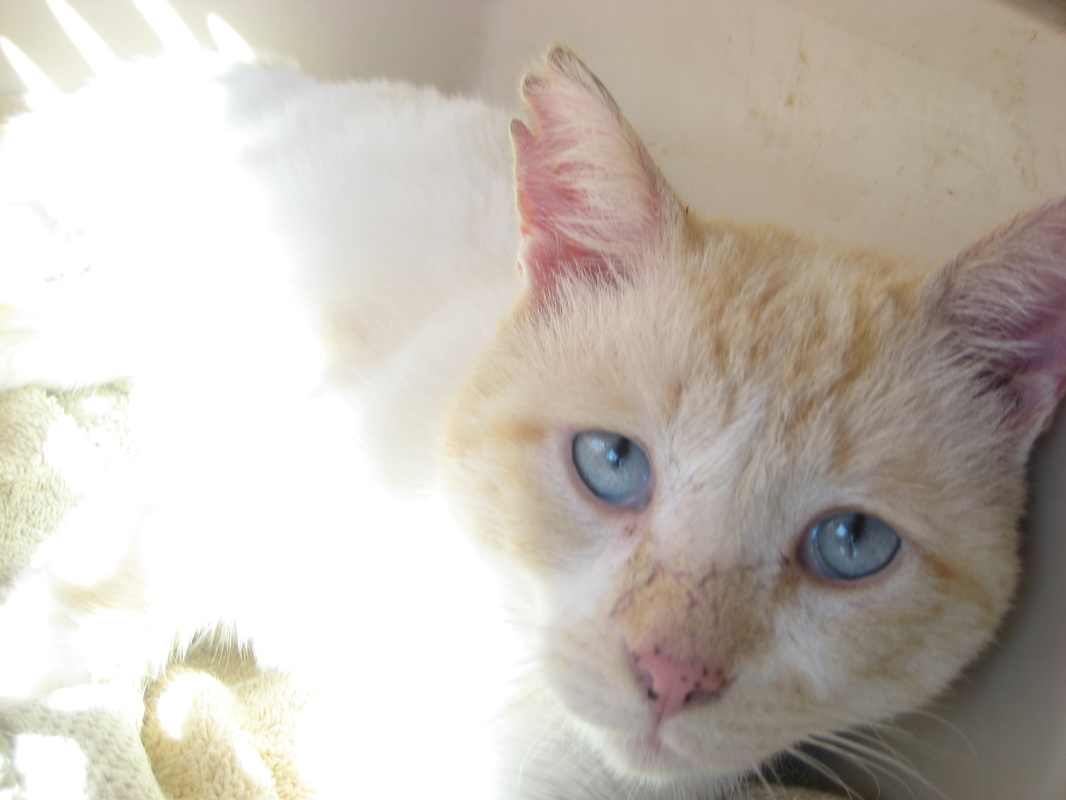 Meet Sinatra!  So named for his beautiful blue eyes, and his very vocal nature, Sinatra is looking for a safe and loving home!  He came from a terrible neighborhood, where he was run over by a car, shot with a pellet gun, and regularly kicked and hosed by the stellar examples of humankind that dwelt there.  Luckily for him, there was a kind woman that lived there as well, who fed him, and contacted BCR to find him a home!  Sinatra is still learning about the ins and outs of being an indoor cat, and sometimes reacts fearfully to situations he feels he can't control.  (Translation: He's a bit of a butt at  the vet.  But his x-rays show he's in great shape, and we removed the bullet from his leg.)  He's not terribly impressed by the dog he's fostered with so far, but he gets along well with other cats, with a suitable introduction!   Do you have a kind and patient home just waiting for a crooner?
Estimated Birthday:  June 29th, 2010.