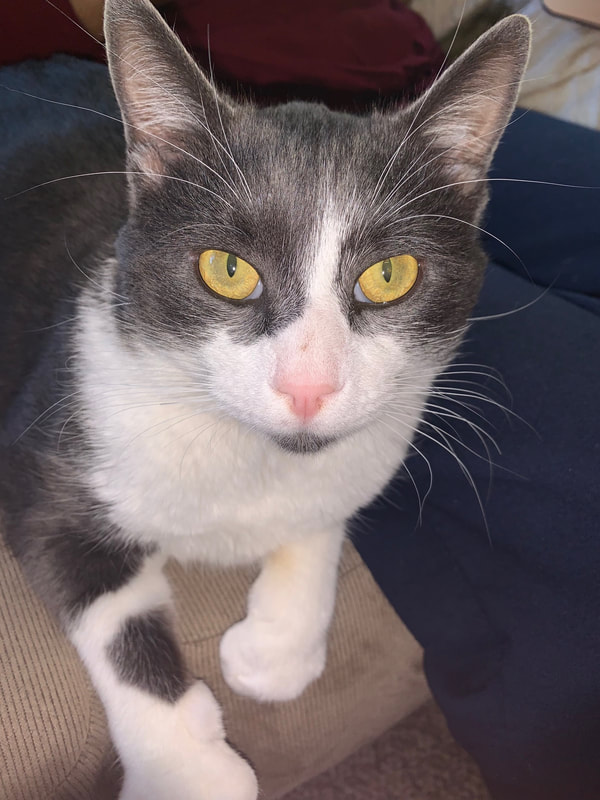 Coleman is so named due to his place of origin before he joined BCR's crew.  Someone thought leaving him behind in a campground was a good idea...and Coleman's sense of security strongly disagreed!  He was skittish and strange, but that couldn't change the wonderful personality he has!  One of the women staying in the campground knew he was an amazing guy, and couldn't bear to move along without looking out for him.  So, after a few months of living rough, Coleman got to be an inside boy, and he loves it!  He's snuggly and affectionate without being aggressively needy.  He likes to be where his people are, but doesn't need to go to the bathroom with them; he can keep himself entertained.
Coleman loves people, and does very well with other cats.  He doesn't have a rude bone in his body!
If you're looking for someone who just wants to stay in and snuggle with you as the days get colder, Coleman has his snuggle face ready!
Estimated Birthday: October 3, 2019