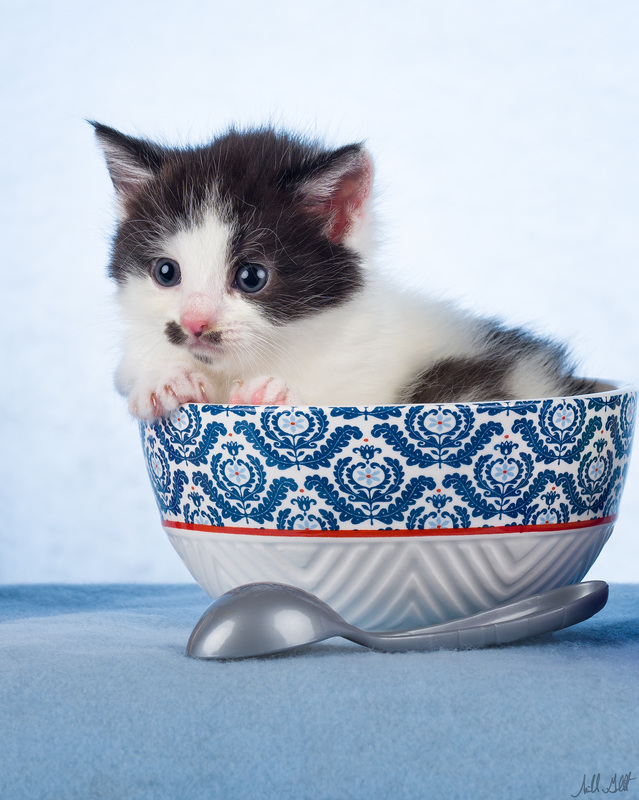 Dulce is so named because she is the sweetest!
She and her two brothers were discovered in a basement, and came (with their feral mother) to BCR at only 11 days old!
Being loved and snuggled indoors has been most of her life!  Dulce did have one heck of an infection when she came to BCR headquarters, and went to Cornell twice in her first four weeks of life.  She has a small bone cyst, that will need to be monitored as she gets older.  In the meantime, she likes to play with toys, and is much less rough and tumble than her brothers.  She gets along wonderfully with other cats, and is fearless around the resident ninety pound dog.
If you need a scoop of sweetness in your life, Dulce is the one for you!