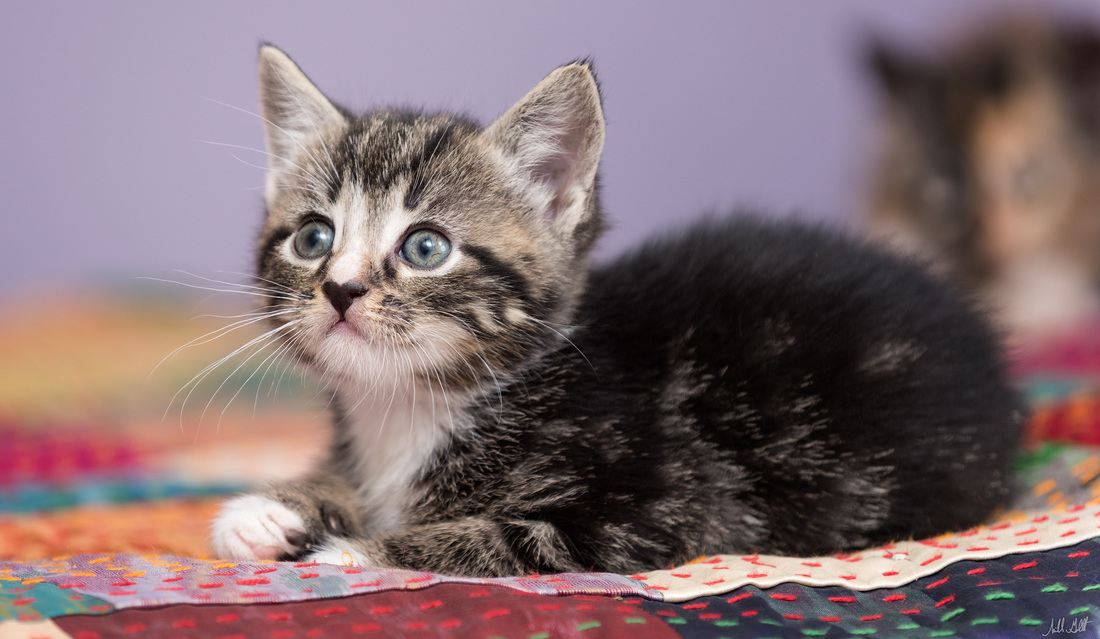 Meet Lord Byron Mushkin!
One of Ladybird's five kittens, he was the mama's boy of the bunch.  He loved being ~on~ her as much as he could be!
Since his mother has been adopted, he's easily adapted to being one of the clowder.  He gets along well with other cats, dogs, and people!  He really enjoys being scooped up and smooshed like a baby.  While he loves people, he's very good at keeping himself entertained with skitter toys.  He's also quite the fierce wrestler, now that his mama isn't running interference!
Is this sweetheart the one for you?