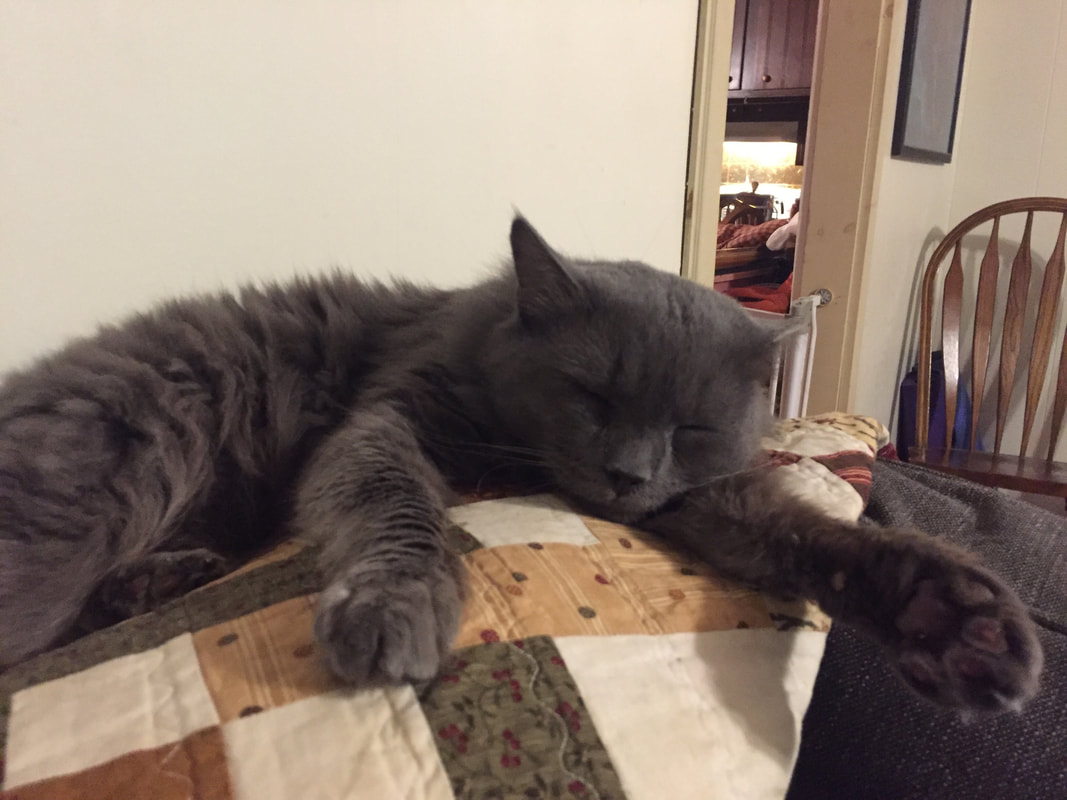 Greyson is a very lucky boyo.  His father and some of his progeny met messy and untimely ends in the complex in which they lived.  Greyson was slated to just be a TNR cat, but he's so dang friendly!  We couldn't leave him behind to also meet a violent end.
This is a cat who knows that there are people who don't like cats, and there are people who appreciate him.  He looooves all people, and is thriving in an environment where everyone appreciates him.  He's still rather playful, and totally digs on his catnip toys and plastic springs, but he's also loving all the clean soft places to sleep that exist inside.
He's great with other cats, (occasionally there's some tomcat posturing with other male cats, but he's a total pushover with girls) and loves his foster sister Dip deeply.  He gets along well with respectful dogs, but doesn't want to be jumped on or aggressively sniffed.
He's wonderful with children, and just excuses himself if they get to be too much for him.
Greyson is a wonderful cat, who deserves an equally wonderful home!