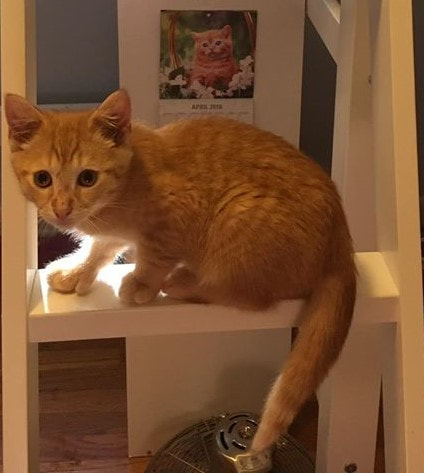 There are some cats who look like they could take over the world if only they had thumbs...
Meet Alexander!  He has the cutest thumbs in town, but luckily doesn't have a thirst for world domination.
His world is already bigger than the barn he was born in, and he's amazed!  He’s still a little shy but loves being pet by his people.  He's great with other cats, mellow small breed dogs, and school aged kids.  (Especially school aged kids who are cool enough to watch Hamilton.
If you have a space in  your heart and home that would fit  Alexander like a glove, let him know today!