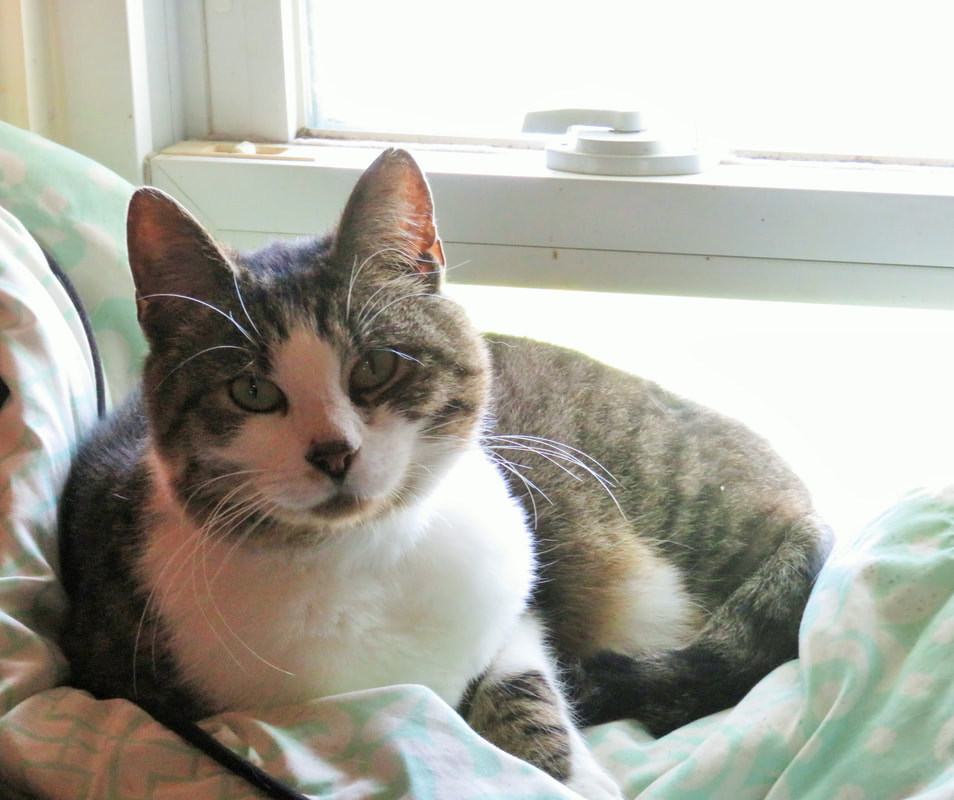 We never understand why anyone would throw any cat away, but Moon Racer just really brings that confusion home.
He's such an amazing chonky boy!  He was dumped, and had to be trapped to be brought inside, but the moment he was in, he was nothing but love!  He's a sweet lap cat who loves to by on you when you're on the couch.  He's very interested in food, but isn't a thief, he just wants to be involved with what you're eating.  (He has purrfect table manners, and only investigates couch snacks.)
He likes to be up high, or in a window sunning himself when he's not involved with his person.
He's fostered with other cats, a dog, and a small child, all of whom he gets along wonderfully with.
If you want a low maintenance buddy, Moon Racer would be delighted to join you!