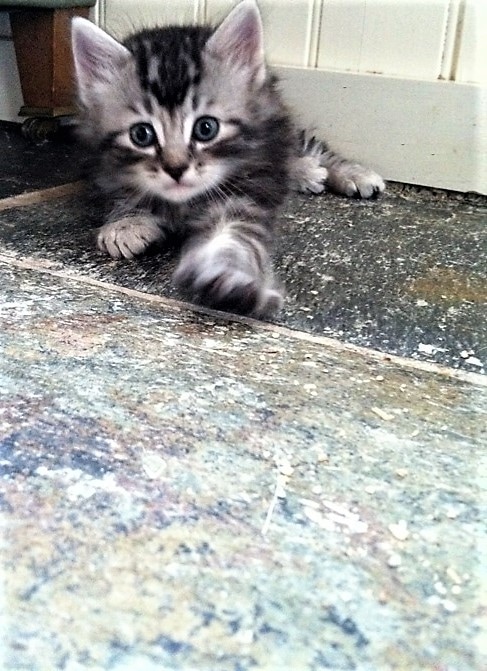 Star tends to run the show, so Baggwrinkles has gotten the title of first mate!
He's much happier as second in command, as he gets to be a bit more silly, and it doesn't bruise his ego when his sisters win at wrestling!  He's a very happy go lucky guy who loves to play!  He LOVES the stick toy, plays well with solo toys, and enjoys pouncing on his foster mom's toes.  He's also a totally lap moosh in the making!
If you need a fluffy friend, here he is!