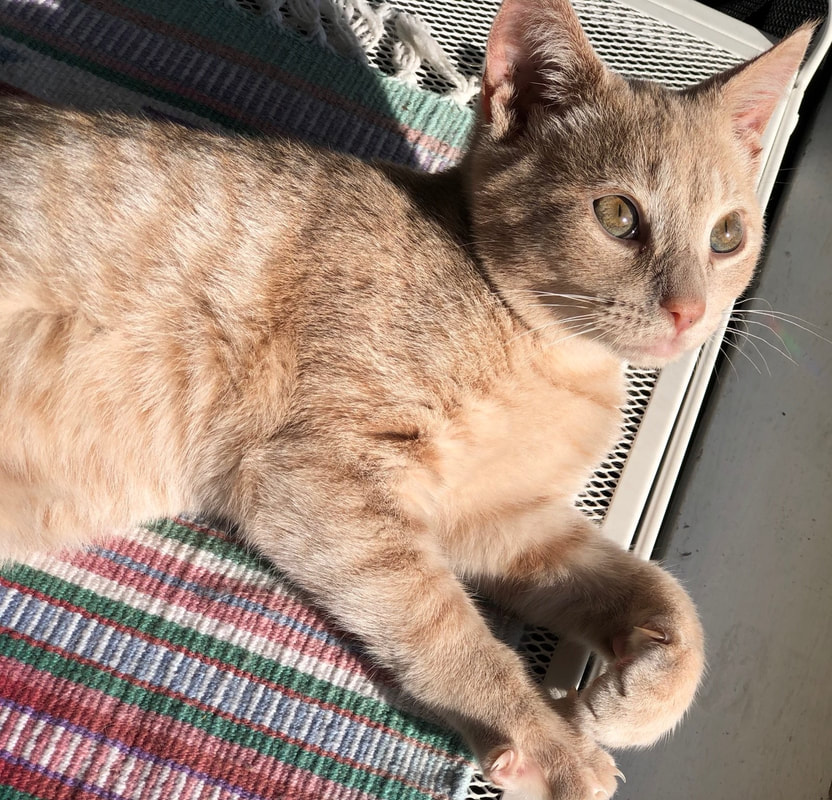 Benjamin is a lucky little guy.  The first home he had crushed part of his foot, and rather than pay for his medical care, the people decided to free box him.  Luckily, he was snatched up by a good Samaritan, who brought him to Browncoat Cat Rescue.
Benjamin is a happy go lucky little guy, who doesn't let anything get him down!  He's fabulous with other cats, doesn't mind dogs at all, (even the barky ones) and adores all the people he's met.  He's an absolute snuggle bug with his foster family, and sleeps with his foster mom every chance he gets.  He's great at keeping himself entertained with skitter toys, and can pass plenty of time just gazing out the window.
If you need a ray of irrepressible sunshine in your life, Benjamin is the one for you!

Benjamin got his name in honor of an amazing human who donated to Browncoat Cat Rescue, thus making furry Benjamin's care possible!

Benjamin will be available for adoption once his foot has recovered from his surgery.