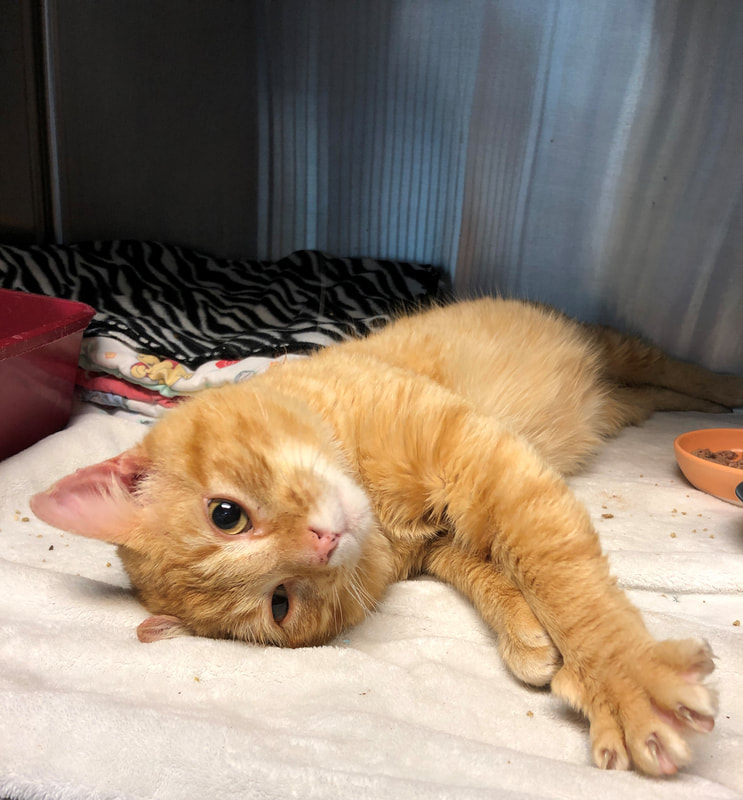 Pyrite is the feline embodiment of fool's gold, in that he's an amazing treasure of a cat, and some fool threw him away.
He was dumped, and spent a month crying at various doors asking to be let in, only to be driven away by existing (and territorial) cats.  After witnessing his plight, a neighbor reached out, and he joined BCR's crew.
This is a sweet, stretch full length so you don't miss any of his belly sort of boy. Even though his trust was abused, he's affectionate as heck, and just wants to be around his person.  While he's gotten his butt whooped by other cats, we're pretty sure he could integrate well with other feline friends, and will update his page as his personality blossoms.