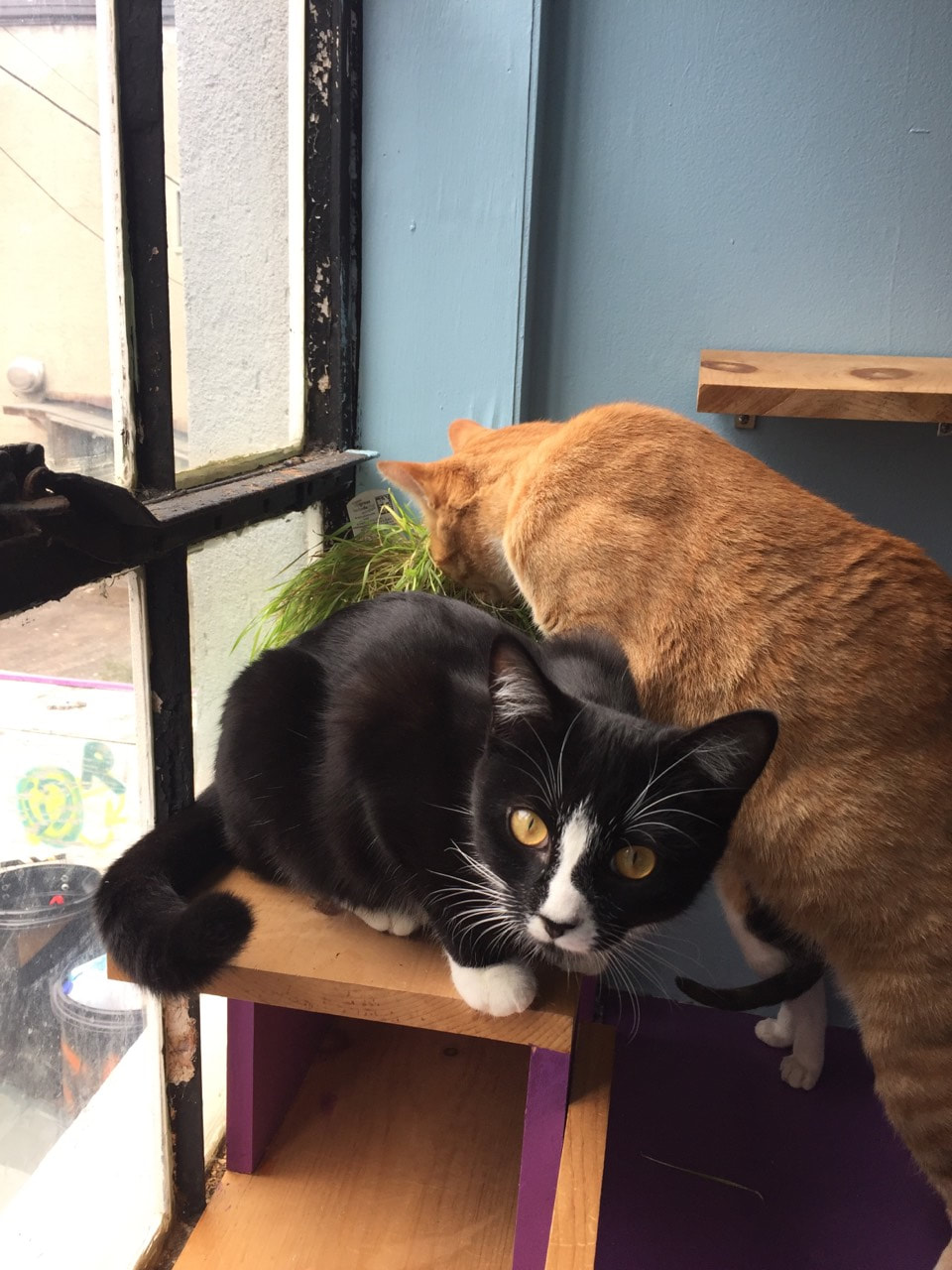 Moira is an amazingly affectionate noodle boned kitten with striking eyes.  She and her sister Maeve were tossed away in a trailer park, and luckily found their way to Browncoat Cat Rescue, rather than becoming teen trailer park moms.
Moira loves other cats, gets along beautifully with dogs, and adores children.  She loves being cuddled and spends her time near her people.
If you are looking for an absolute lovebug, Moira is the one for you!