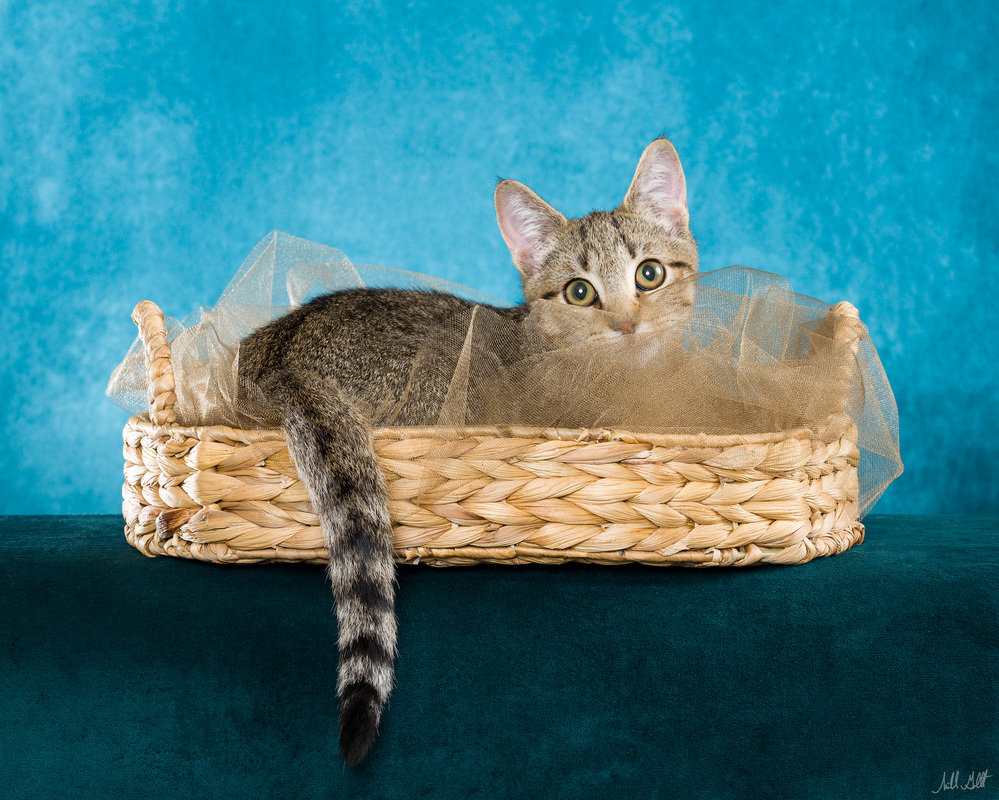 Forest is well named.  His name was originally given to him as he was found in the middle of the woods, alone and thrilled to see his human rescuers.  However, as he grows, he is like a forest with a seldom traveled path, with deeper levels revealing themselves.
When he first came to BCR, Forest was a talker.  He yelled about everything!  Now he is more comfortable in his surroundings, and is rather quiet.  He does like to sing to his treats before devouring them!  He gets along beautifully with other cats, and the resident 90 pound dog.  He's not terribly impressed by very young children, (the baby is too grabby for him) but will cuddle on the couch with his foster family at night.  He would do well as a solo cat, or as a companion to an existing feline family member.  He's very easy going, for a surprisingly deep kitten.  He certainly has a silly side, pouncing and scrabbling with his skitter toys, and eating weird human foods like spinach, broccoli and pancakes.  He is a very unique little guy!
If you are looking for a companion on this adventure called life, Forest is the one for you. 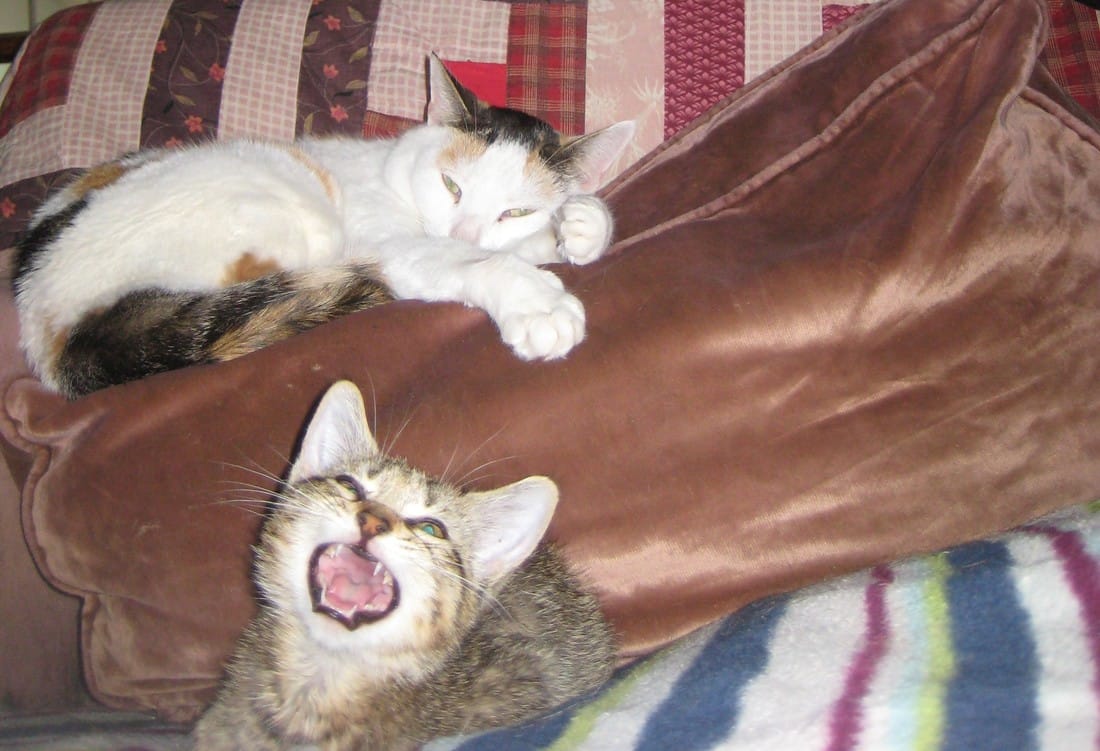