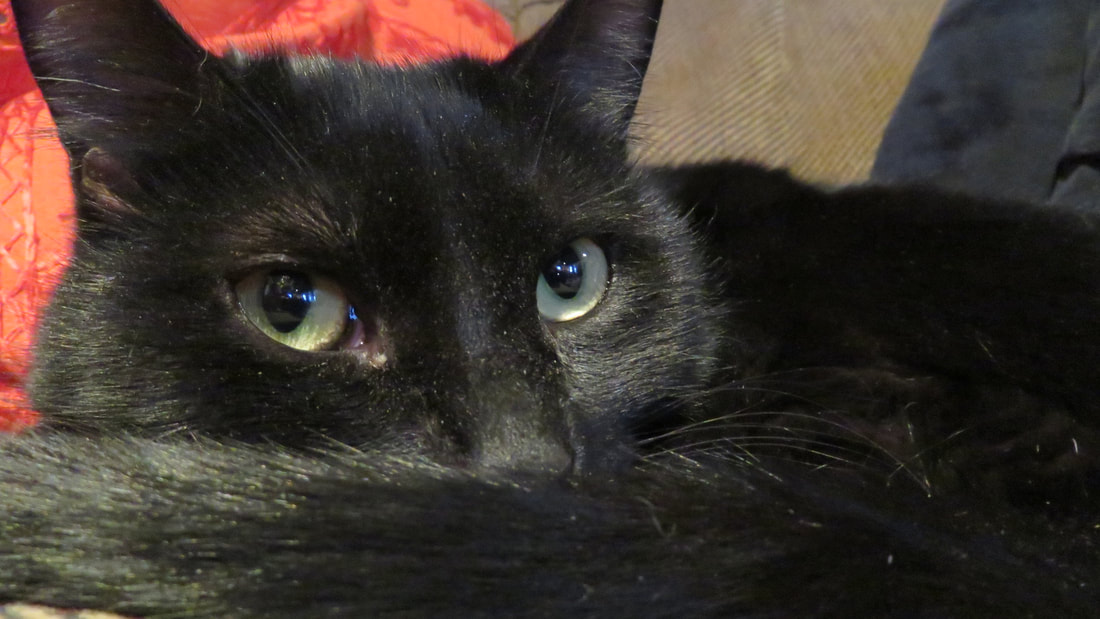 Bella Black has fit a lot of living into her short life!   She started as one of three very lucky kittens!  Her mother was dumped in the country, and met an messy and untimely end.  Luckily, the kittens were found before they too perished, and Bella joined our crew.
She was adopted by a woman and her daughter, and lived with them for the first year of her life...and then they had a life upset that left them unable to care for Bella.  So back to BCR she came.
Bella is a sweet and personable girl!  She loves to snuggle with her person, and will let kids carry her around all day.  She sleeps in her person's bed all night, and doesn't hog the covers.  She's very assertive about her right to the food bowl, and should be watched if she's adopted with another cat to make sure she isn't being a bully at mealtimes.  She's also a fierce mouser, and a hilarious play companion.  She likes crinkle balls and toys on sticks quite a bit.
If you are looking for a big purrsonality in mini panther form, Bella is the one for you!