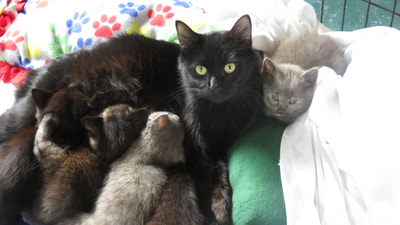 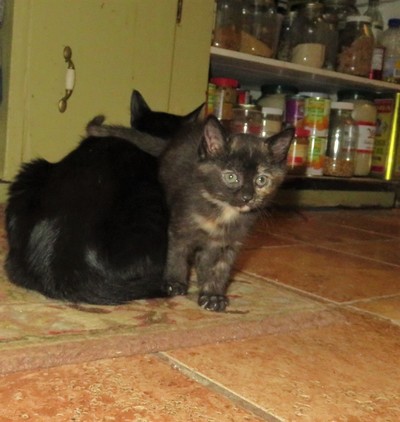 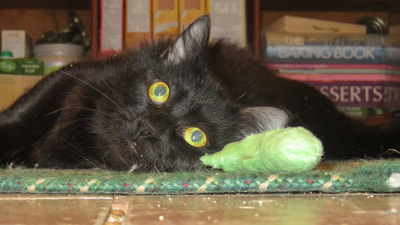 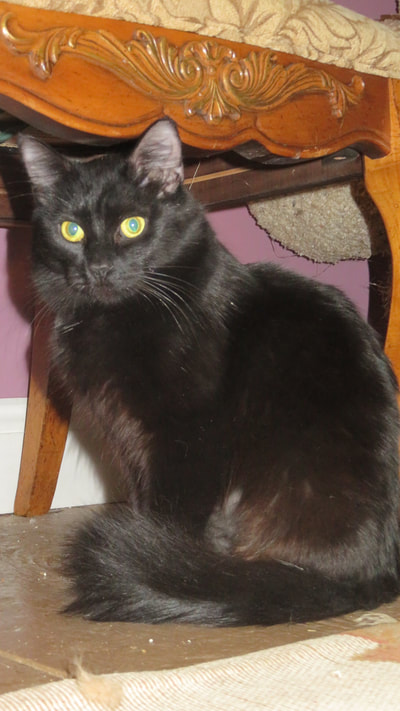 Onyx is a beautiful year old mama who was dumped in the country.  She had five kittens; three girls and two boys.
Onyx is an amazing mama, and a total leg cat.  As you walk through the house, she maintains constant pressure on the side of your leg, and a corresponding running commentary.  She's not thrilled about being carried around, but wants to be near her people...and is very tolerant of the toddler.  She'd do wonderfully as a solo or second cat, and bumps the large breed dog she's fostered with affectionately.  She's chatty!  If you are talking to her, or she's approaching starvation since she hasn't had wet food since breakfast, she'll tell you all about it!   She's a fantastic cat, and I can't fathom anyone wanting to throw her away.