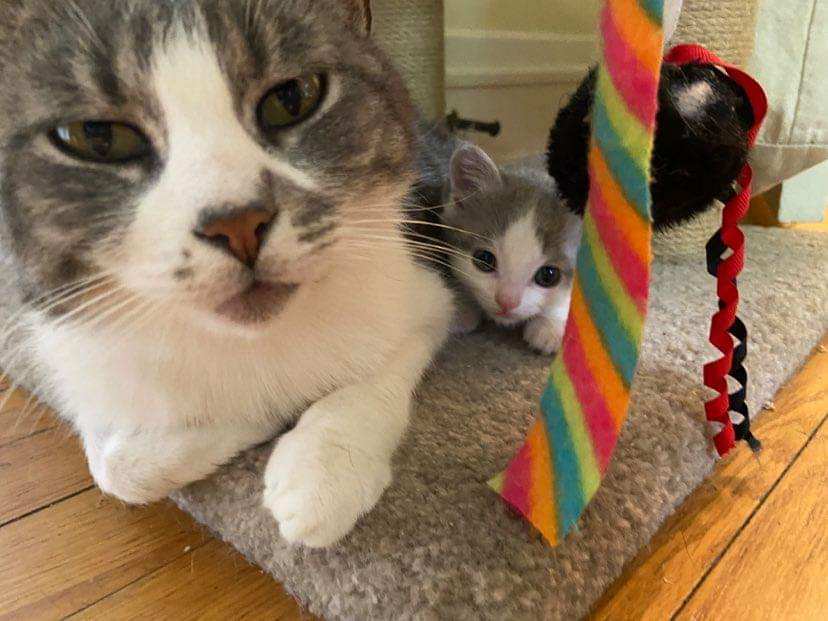 Ostara is a truly amazing cat. She came to Browncoat Cat Rescue very pregnant, and nearly lost her life in the process of birthing her babies. A little over a week (and two thousand dollars) later, she was back on her feet, and back with her babies!
She's a fantastic mama, but she's also so much more than that!
She's very people oriented, and likes to keep her person company...especially when they are cooking or eating.  She loves to have her lips and face scratched, and is a big fan of vigorous petting and belly rubs.  She'll talk to her person when she's hungry, but she'll also chirp to herself while she's doing her thing around the house.  While she's very affectionate, she doesn't sleep on a bed with her person; preferring rugs.  She loves rugs.  Noticeably.   She prefers a large litter box, for optimal spatial management and litter organization.  She has yet to meet a person she hasn't gotten along with.
If you are looking for an absolutely wonderful cat, Ostara is a gift in and of herself.