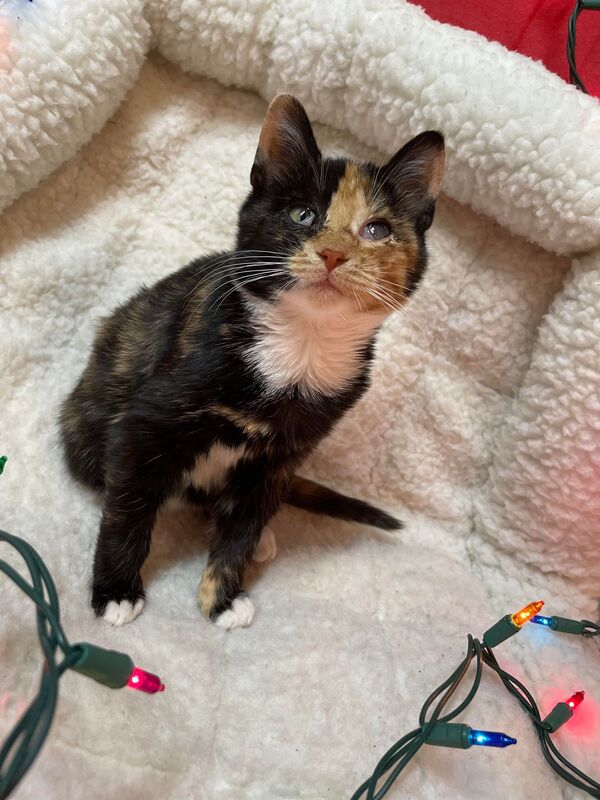 Dottie was abandoned along with the house when her family moved.  A mere 8 months old, still a kitten herself, Dottie found herself lucky enough to eat in a neighbor's basement when the weather was rough.  Otherwise, she was fending for herself.  When she came to join BCR's crew, she was gigantically pregnant, and spent three weeks being pampered in her foster home before she gave birth to six kittens.  (Abbie, Fred, George, Scotch, Mel, and Mini Moo.)
Dottie gets along well with other cats, large breed dogs, and people of all ages.
She's beyond ready for a home of her own, where she knows she's safe and cherished!
If you are looking for the purrfect blend of sweet and sassy, Dottie is the mama jamma for you!