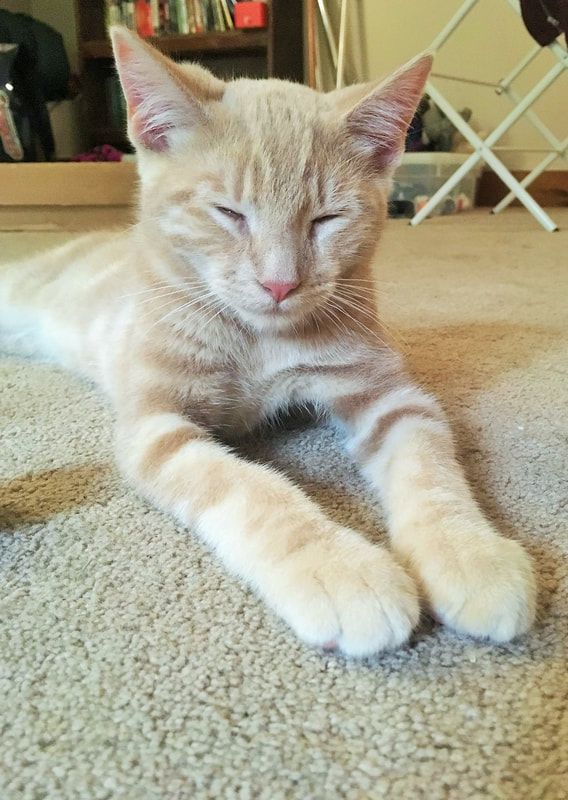 Apollo was trapped as a feral kitten, and will most likely always be a one to two person cat.  He gets along brilliantly with other cats, and the older dog he's fostered with, but makes the children he lives with bribe him with treats for attention.  He does enjoy sleeping with his foster mom at night, and is the biggest fan of the wood stove!  He delights in being part of a cuddle puddle in the sunshine, or in front of the stove.  Apollo has a mellow disposition under his wariness for strangers, and enjoys being groomed by both his feline and human family members.
Apollo is FeLV positive, and should only be adopted as a solo indoor cat, or with other FeLV positive indoor cats.