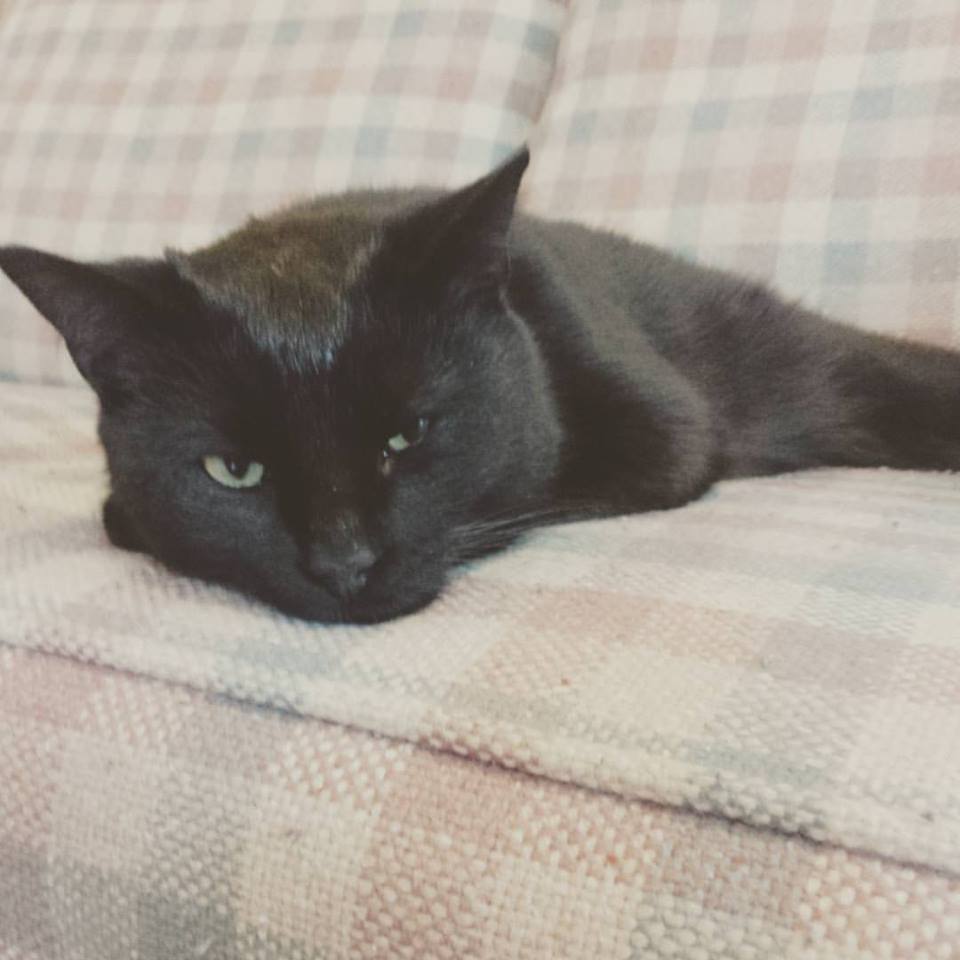 Carbonel is named for a prince of cats!  And the name is very fitting, as he is all that a cat should strive to be.
He is noble, yet silly.  Affectionate with all he meets, without being slavish.  Willing to believe the best in those he meets, despite the misfortunes that have befallen him.  Carbonel was tossed out of a car along the highway, and found an older couple that took pity on him and fed him.  However, they couldn't take him inside, and were worried that he would meet his demise in the road, as so many abandoned cats before him had.  Luckily, they called BCR!
Carbonel joined our crew, and it was like he had lived at BCR headquarters all his life.  He got along well with all the resident cats.  He played with the gigantic dog like he was a puppy himself.  He entertained the toddler, and used the gentlest of gentle paws with her.
He is an amazing guy!  He's such a sweet little lovebug, that will absolutely light up the life of anyone he meets.  He is delightfully playful, but also loves to snuggle his people.
If you want character for days, adopt Carbonel!