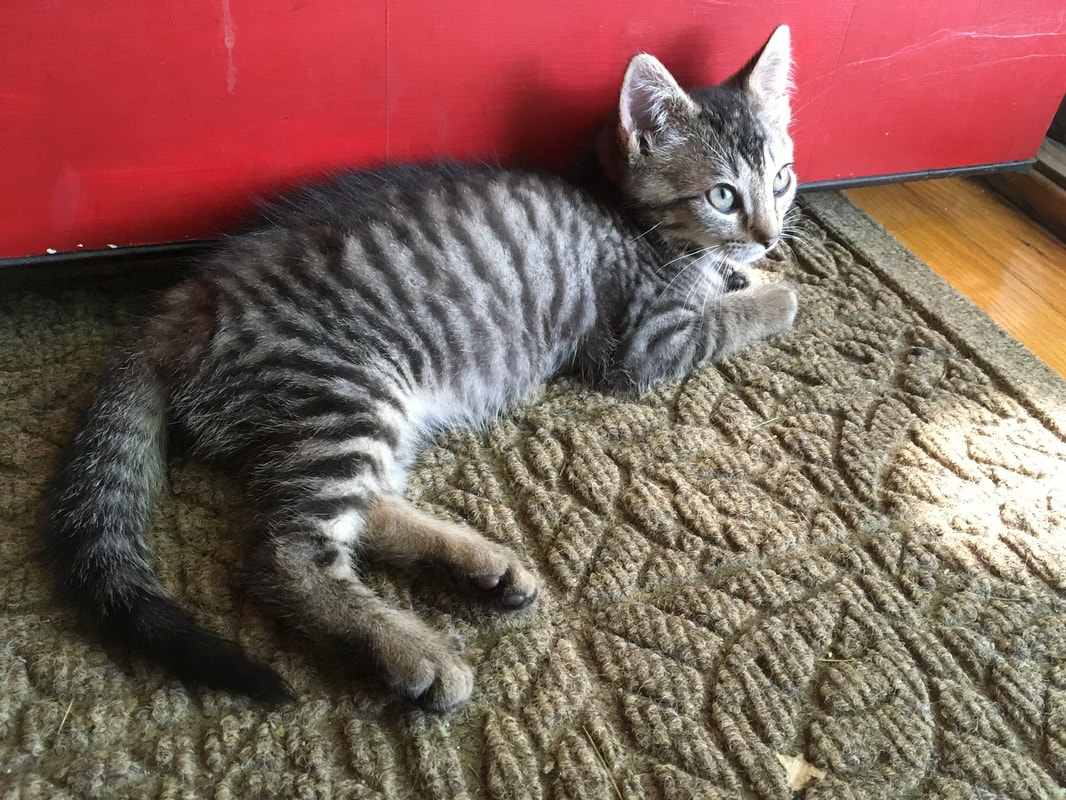 Twitch earned his name because his foster family used his little eye twitch to tell him and his sister apart when they first arrived.   The twitch disappeared but the nickname stuck.  Good thing he doesn't mind!
Twitch is a friendly and outgoing tabby boy.  He loves to watch the world outside, and he really loves getting "back to nature" by trying to sleep under, around, or even IN his foster family's potted plants.   He loves to carry toys around the house, and sometimes he'll try that with shoes or other things he finds.  He's a talkative boy, too, always chirping and purring to let people know how he feels about things.   He does have a bit of a heart murmur, but doesn't let it slow him down.
If you're looking for a vocal, and rather special boy, Twitch would love to spend his days with you!