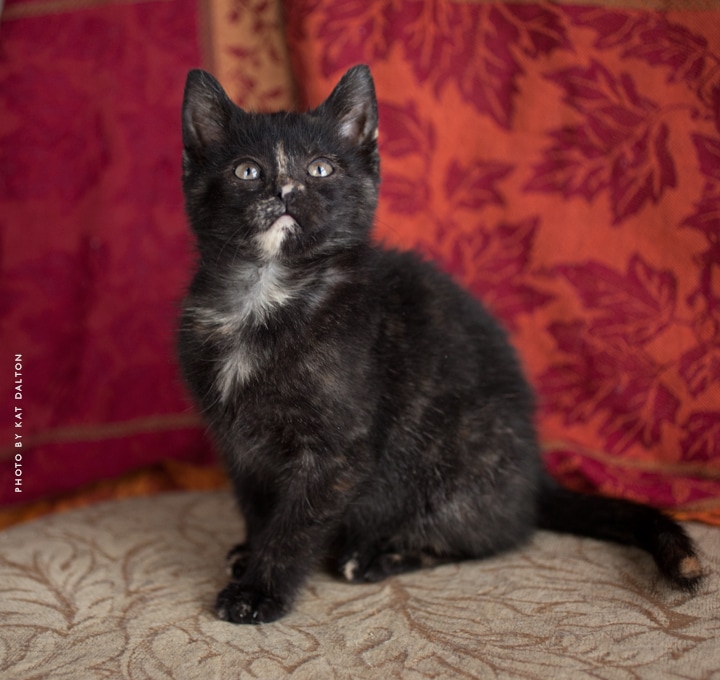 Bodakai was found next to a mailbox, cold and suffering from an upper respiratory infection on Halloween morning.  The family that found her didn't think she would survive.  But they didn't know her very well!
Bodakai, named after the Celtic warrior queen  Boadicea, (but with a ninja twist) is a fighter!
She is so very T-U-F-F.  She is scrappy and makes war on everything.  She attacks ankles, and pounces on the dog, and wrestles with kittens in her weight class and above.  She is learning to mellow out in her oh so old age, and will cuddle when she's worn herself out.
She loves other cats, especially ones that will play with her, and is highly entertained by pouncing on the dog.  She is currently a little bit rough to go to a home with very small children, but she does like playing with the ten year olds she's met so far!
If you want a HUGE personality in a little package, Bodakai is your girl.