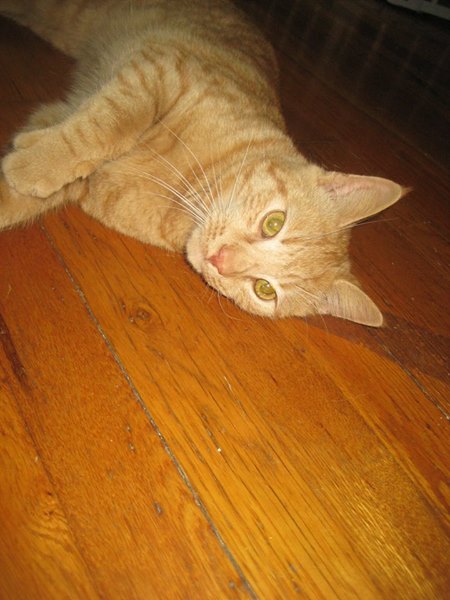 So named because he was found On The Road, Kerouac is an amazing (if somewhat lacking in self preservation) cat!
He is a goofy, snuggly, even tempered guy!  He gets along brilliantly with other cats, and with the resident large breed dog.  He LOVES the toddler he's fostered with.  He is very snack motivated, and loves playing hunt the treat.  We don't think he had toys on sticks to play with in his old haunts, because they just weird him out.  We're working on it.
If you are looking for a lap cat, look no further!  If you are on the couch, or in a comfy dining chair, Kerouac is right there with you.  He just wants to be touching you if you aren't moving.  He's not obnoxious about his desire for your company, just persistent.
Kerouac is looking for a companion (or three) in this adventure called life!