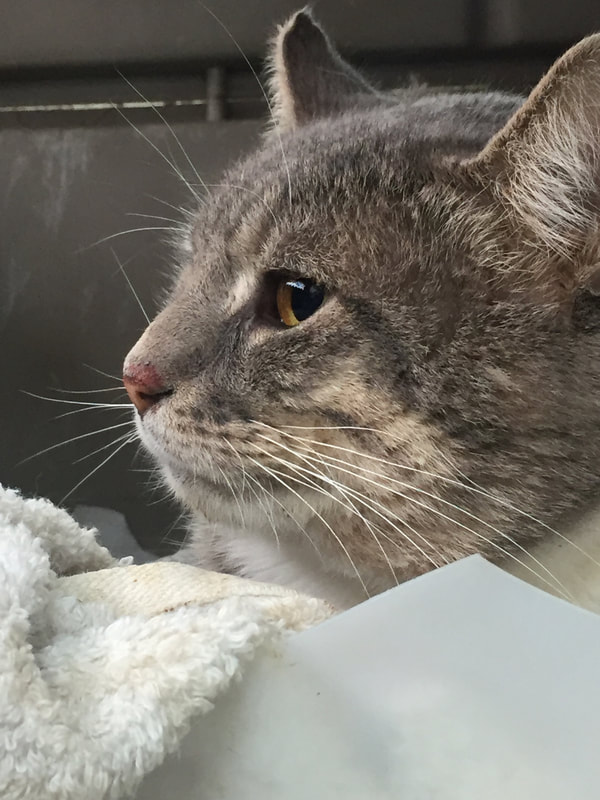 Gregor has been through the wars.  He was dumped at a barn in the country, where he got the daylights beat out of him by the existing barn cats, and had a two inch gash torn in his leg by the local wildlife.  While he's a big guy, he wouldn't have survived on his own.  Luckily, the folk where he was dumped are miles better than those that dumped him, and so he joined the BCR crew.
He's friendly without being ubiquitous, and has an independent streak that has stood him in good stead.  He's a bit of a hunter, and would do well as an indoor/outdoor boy for someone with a rodent issue.  Whether it's genetics or circumstance, he has one yellow eye, and one golden eye, which is quite unique!
If you're looking for a low maintenance companion, Gregor is ready for a warm place to rest his head.