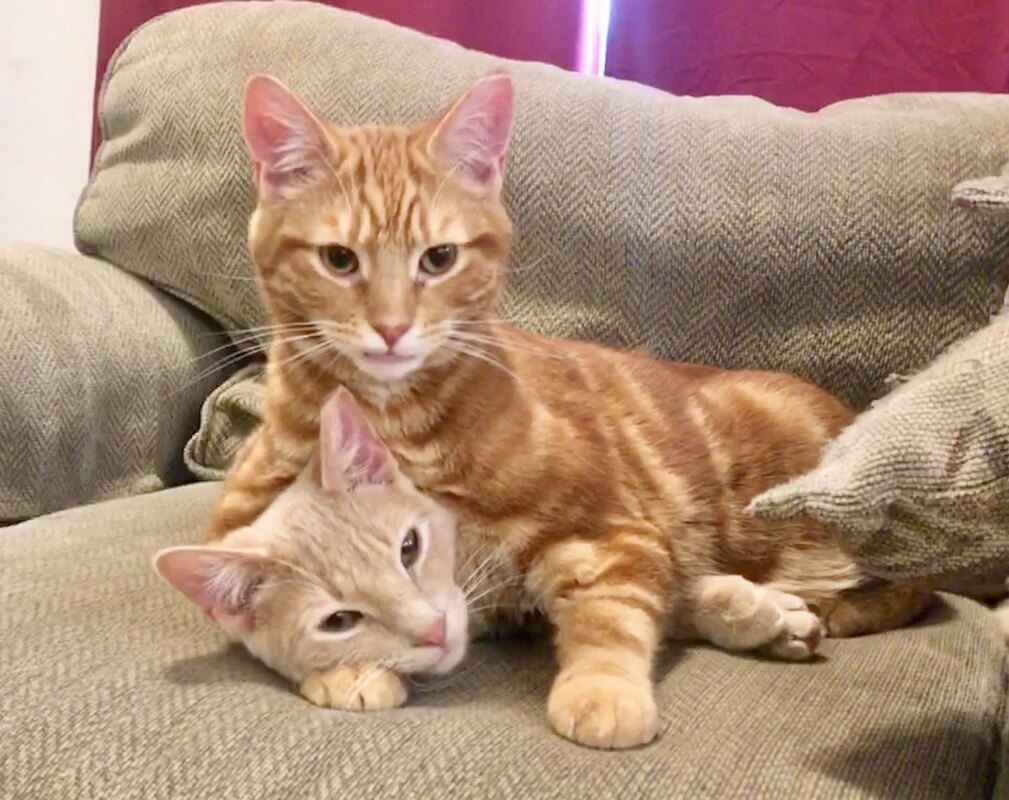 Samson used up at least one life before he made the decision to join BCR's crew.
He was trapped as a feral kitten with his brother Leopold, and was AWFUL.  He cussed, and lashed out, and was an absolute butt.
After two weeks of unsuccessful socialization attempts, it was decided that he would be happier back on the streets of Collegetown, and he was TNR'd.  We trapped him twice more after his release.  The first time we chalked up to derp, but the second time, we decided that he had made the decision himself to come back inside.  And its true!  While he was still wary with his new foster family, all the aggressive lashing out that was present the first time he was caught was gone.  He WANTED to be cared for.  And his foster family got him to blossom into the cat he was meant to be.
And now, he LOVES his family!  He plays well with all the cats in the house, adores his (now forever) family, and especially adores his foster brother Scotty.  He begs for food like a puppy, and trots after his mom, heart in his eyes.
He knows this is the best thing that ever happened to him.