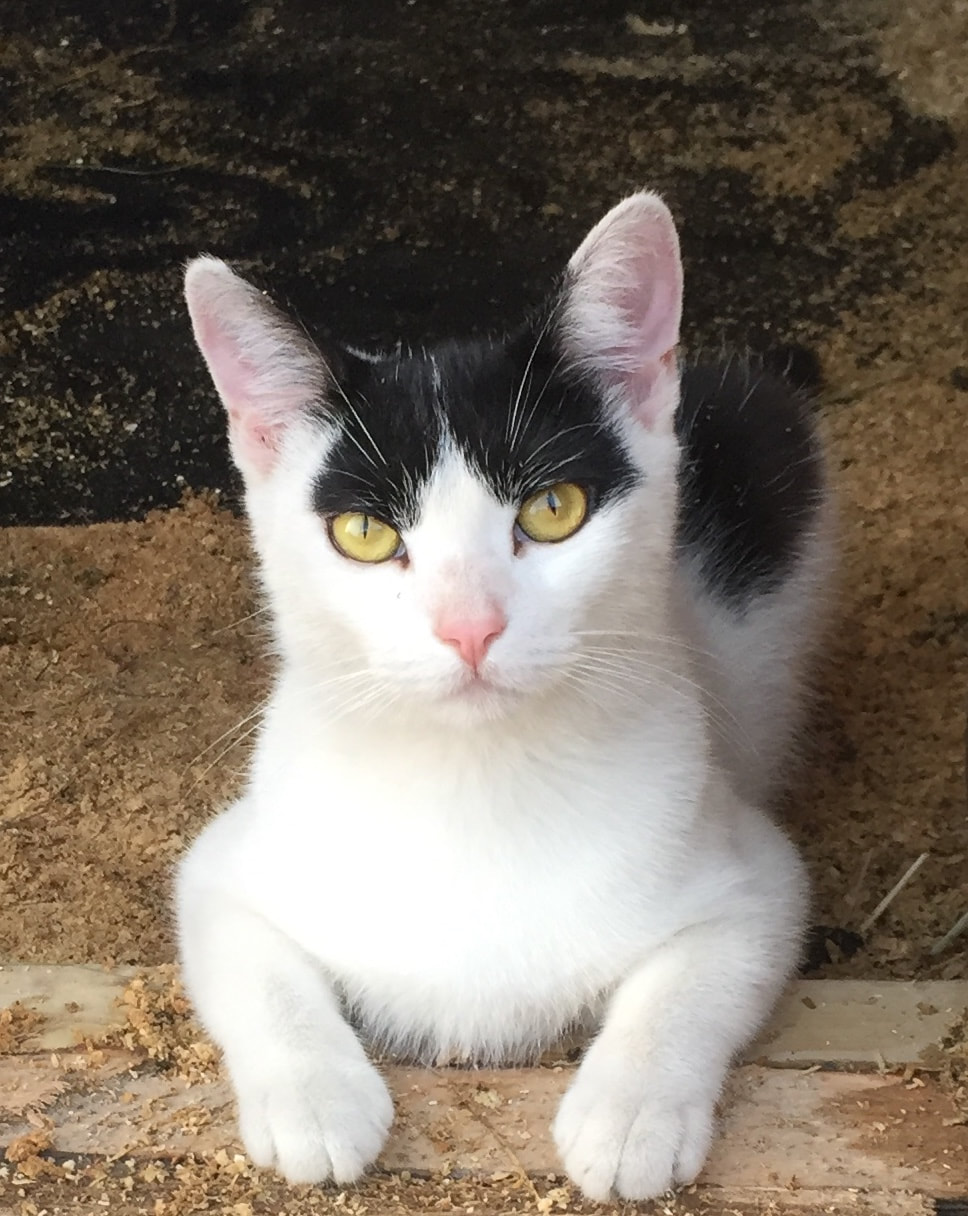 Flora has quite the "how I joined the crew" story.
She was taped into a box and dumped at Buttermilk Falls in a field near the parking.  The person who heard the box crying opened it up, and she said hello, and then hid under his car.  He went to get his hiking companion, and when he returned, he couldn't see her.  He assumed she ran off.  Both BCR's Captain, and a volunteer were en route with carriers and a trap when the call came: She just fell out of my car.  She had hidden inside the wheel well, until the car was going to fast for her to stay in.  We feared for the worst, but other than dirt and some bruising, she was miraculously unscathed.  It took her 10 days at BCR headquarters to restore her faith in humanity.  She was fostered with a single woman and a large breed dog, and did brilliantly.  She does not like men.  They get their ankles bit!
Flora found her forever home with a wonderful woman who works with wounded children.  While she's still a sasspot, its a good match for her!