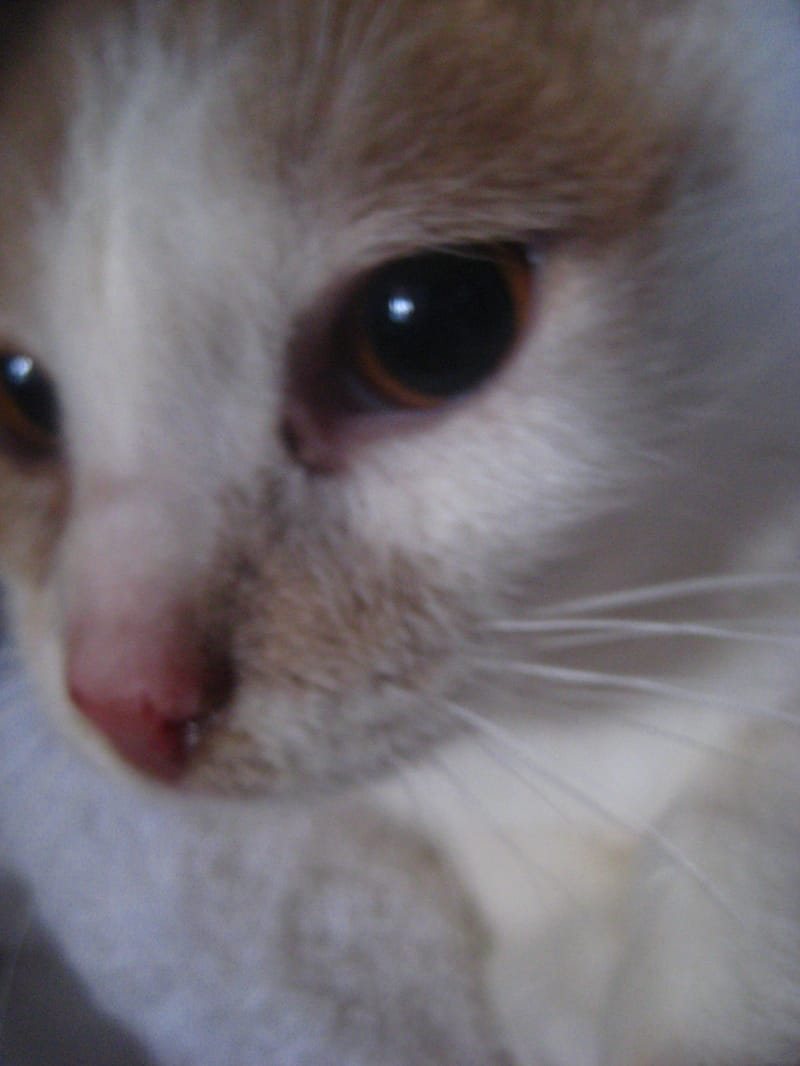 Riley is a sweet, if spooky little guy.  He is very difficult to get a good photo of, as he's either playing, running in circles, or asking for food.  He doesn't have a lot of down time!  New people scare him, and he strongly prefers women over men, but all that aside, Riley is a very gentle and loving soul.  He likes to play with toys on sticks, and is a capable hunter of porch mice.
He gets along brilliantly with other cats, which is great, since he has FIV.  Unlike FeLV, FIV isn't easily transmitted, and requires a knock down drag out fight to be shared.  And Riley is a lover, not a fighter!
If you are looking for an odd but affectionate cat, Riley could be the one for you!