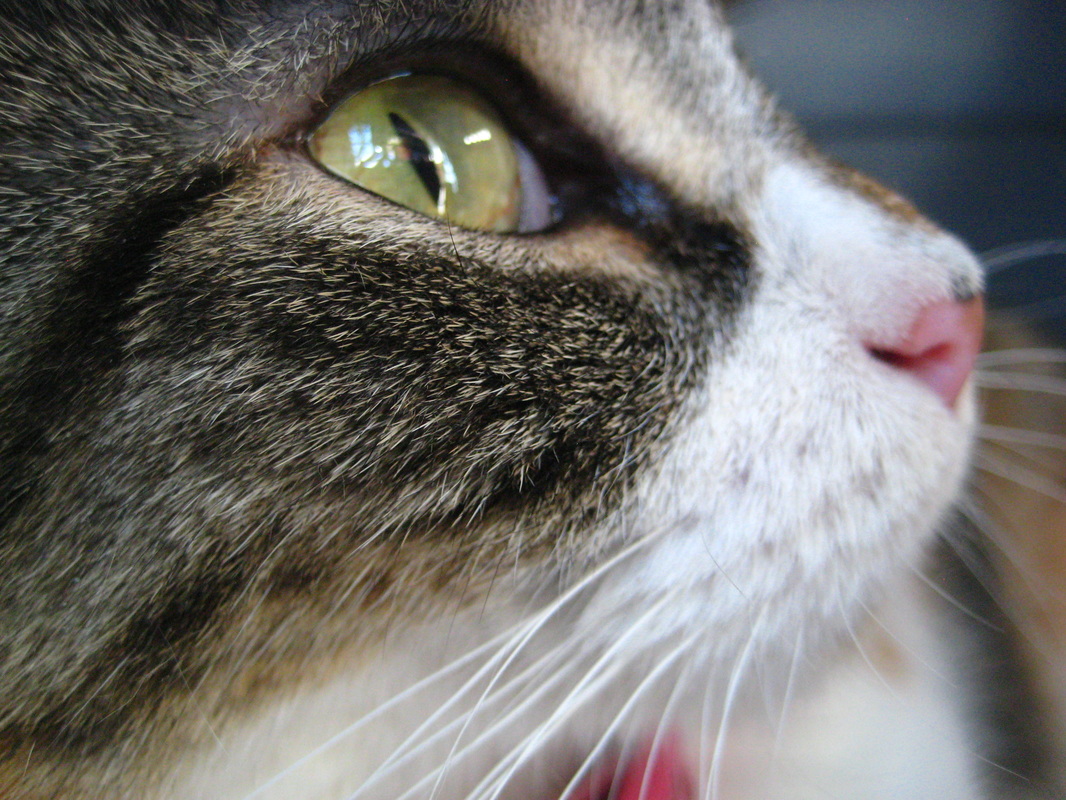 Misty is the cat that not cat people think of when they think of cats.  She had a very rough start in life, (mostly outdoors, involving lots of breeding, with the vast majority of her kittens being hit by cars) and wants things to be exactly the way she wants them from now on.  She's incredibly affectionate around mealtimes, and likes to sleep with her foster dad.  Sometimes she wakes him up by grooming him.  She's got that maternal streak...She'll curl up in the chair next to him while he plays video games, but all petting is on her terms!  She's great at keeping herself entertained during the day, and is a fierce mouser!
Misty is a sweet soul, wrapped in an occasionally prickly exterior.  She would do best in a house without dogs, but another mellow cat could be acceptable to her.
Estimated Birthday: June 5th, 2010.