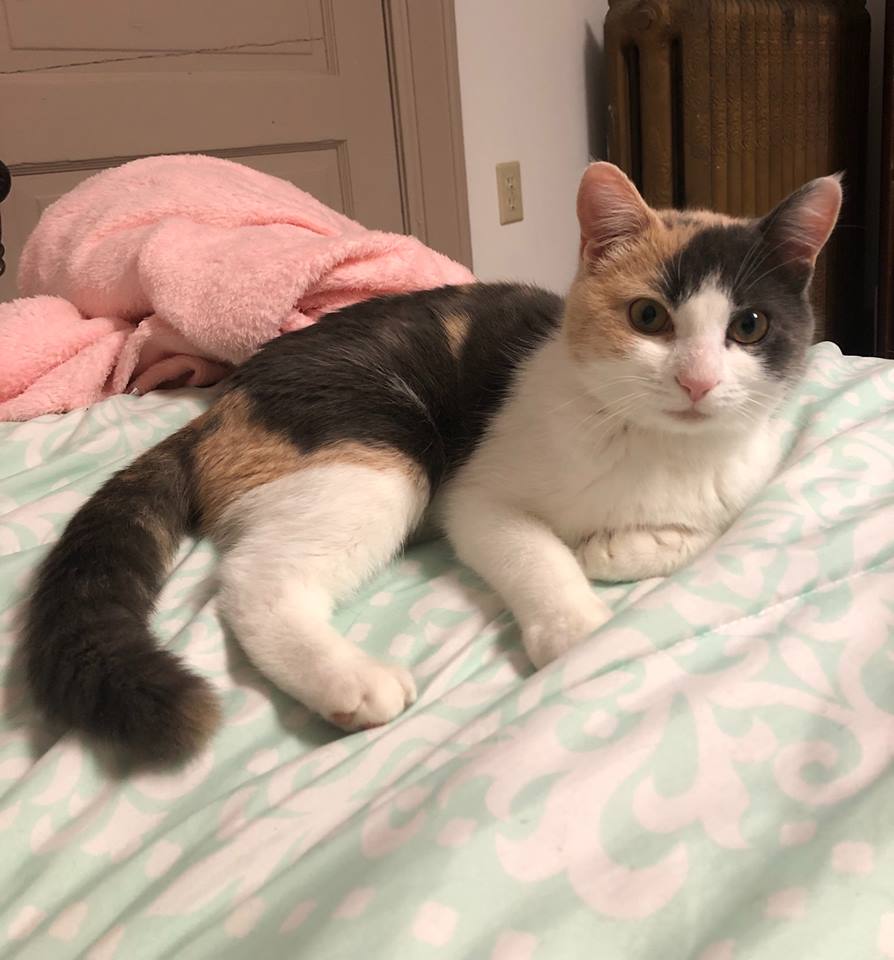 Babs came to BCR with a duchess's load of baggage.  She had suffered some serious trailer park trauma, and was disinclined to trust people EVER again.  Luckily, we like feisty cats joining our crew, and understand that everyone processes their life experiences differently.  After being at BCR headquarters for a few weeks, Babs realized that the food would keep coming, the voices would stay soft, and being polite meant that she could play with the other inhabitants.  Babs does well with most cats, and the large breed dog she met.  We'd recommend she go to a home with older children, just in case she ever flashes back to her high handed flash temper way of dealing with being upset.  Babs LOVES nursing on soft blankets.  Its obviously a comfort thing (and her foster mom reports she's doing it less frequently as she feels more at home) but its really endearing.  She likes to lay on her people, and suckle on the blanket while the snuggling is going on.  She really likes sharing a bed with her family as well.  That pink blanket behind her is hers, and will be going home with her!
Babs will tell you when she's ready for mealtime, and does a great job of keeping herself entertained while her family is at work.
She's a sassy little sweetheart who would make a fantastic addition as either a second, third, or forth pet.
Open your heart to Babs, and she'll move right in! 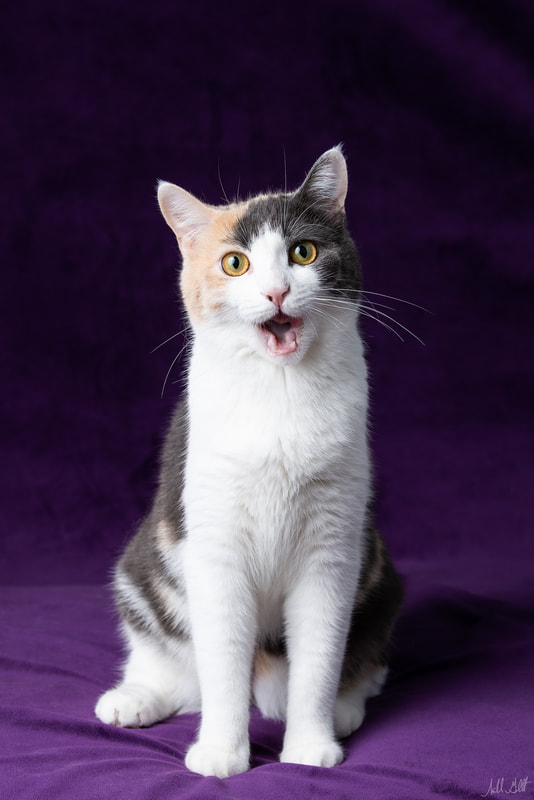