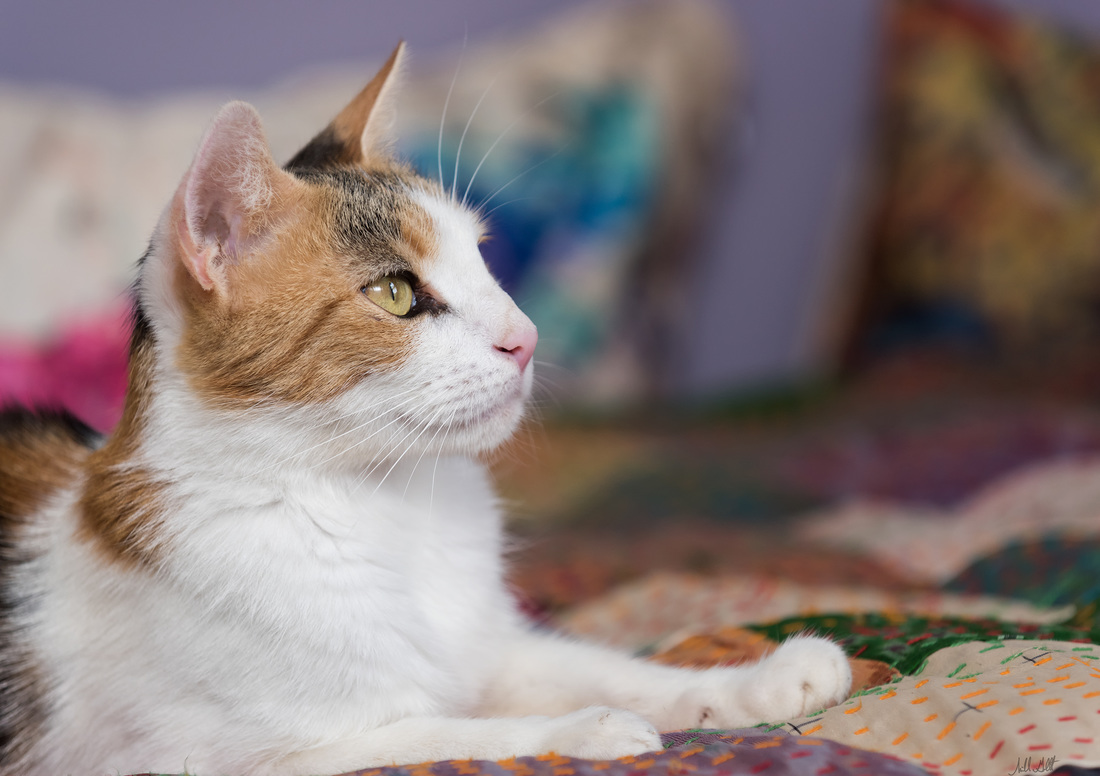 Ladybird is a lucky girl!
She was obviously someone's girl at some point in her life, but spent more than half of it living rough!  She had a series of neighbors she would visit, and some would feed her, and some wouldn't.  Luckily for her, she met the right neighbors!  They got her and her kittens safely to BCR!  (Head over to our blog and read "The Saga of Ladybird" if you haven't already.)
Ladybird is still hard at work raising her five kittens, but now she has a roof over her head, and three or more regular meals a day.
She is incredibly sweet and affectionate, and will make someone's heart absolutely sing to be with her.