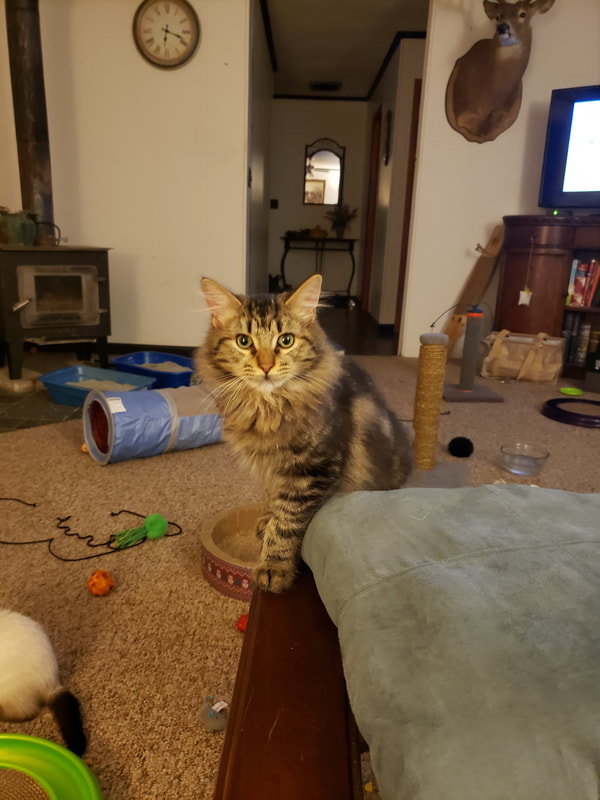 Leopold is a gorgeous Maine Coon mix trapped in the wilds of Collegetown.  He and his brother Sampson both joined BCR's crew at the same time. Where Sampson is brash, Leopold is thoughtful, and kind.  He has a soft and yielding nature, and absolutely loves to be sociable with other cats.  He's not the biggest fan of being scooped up like the big pile of floof that he is, but he does love to lay on his person's lap or chest, and just purr and purr himself to sleep.  He's chock full of kitten silliness, and will scale the cat tree and chase toys around with the best of them.
If you want a genius with a heart of gold, Leopold is the one for you!